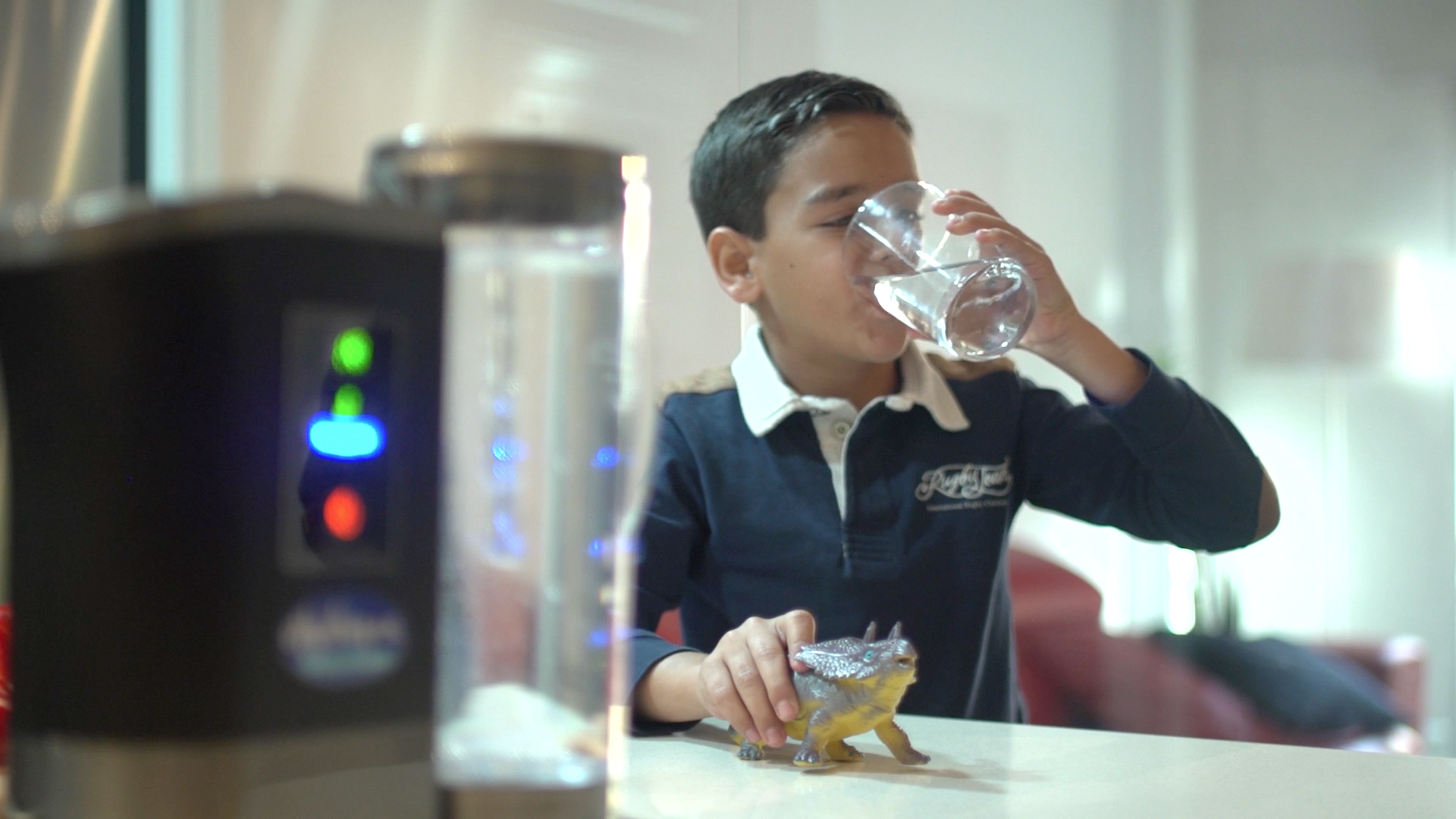 HEALTH is the balance between OXIDATION and ANTIOXIDANTS If free radicals tip the scales towards oxidation, this causes oxidative stress, which is responsible of most diseases and premature ageing.

FREE RADICALS appear because part of the oxygen that we breath is converted into REACTIVE OXYGEN, which oxidises us.

Oxidation is the cause of AGEING and most DISEASES.

Hydrogen-rich water has an ANTIOXIDANT effect and reduces oxidation.

Free radicals
Our cells need oxygen to transform food into energy. During this process, some oxygen molecules lose their electrons, which they attempt to recover by robbing them from our cells, oxidising them. This reactive oxygen is what we call free radicals. When a cell is oxidised by free radicals it either dies or reproduces with defects, causing premature ageing and diseases.

Antioxidants
These give electrons to the these free radicals, and neutralise them. Our equipment injects electrons into the water using hydrogen, converting it into hydrogen-rich water. The electrons have a negative charge and the result of these gives us the ORP, which stands for oxidation-reduction potential and is measured in millivolts (mV). The electrons remain in the water “ATTACHED” to the hydrogen atoms.

We generate excessive free radicals due to:

The hydrogen dissolved in the water is innocuous. More than half of the human body is made up of hydrogen. When hydrogen does not have its electrons it is attracted to those in oxygen, which forms water (H2O). When we give to hydrogen its own electrons, it separates from the oxygen and is no longer water. It stays mixed in the water, with its own electrons. Hydrogen is a gas, which evaporates. When it evaporates, it takes its electrons with it. Then the water stops being an antioxidant and having a negative electric charge.v

What are Free Radicals

Free radicals are unstable oxygen molecules that have an unpaired electron. They rob our cells of their electrons, causing illness and premature ageing. back
Benefits Hydrogen
Where can I buy get Hydrogen?