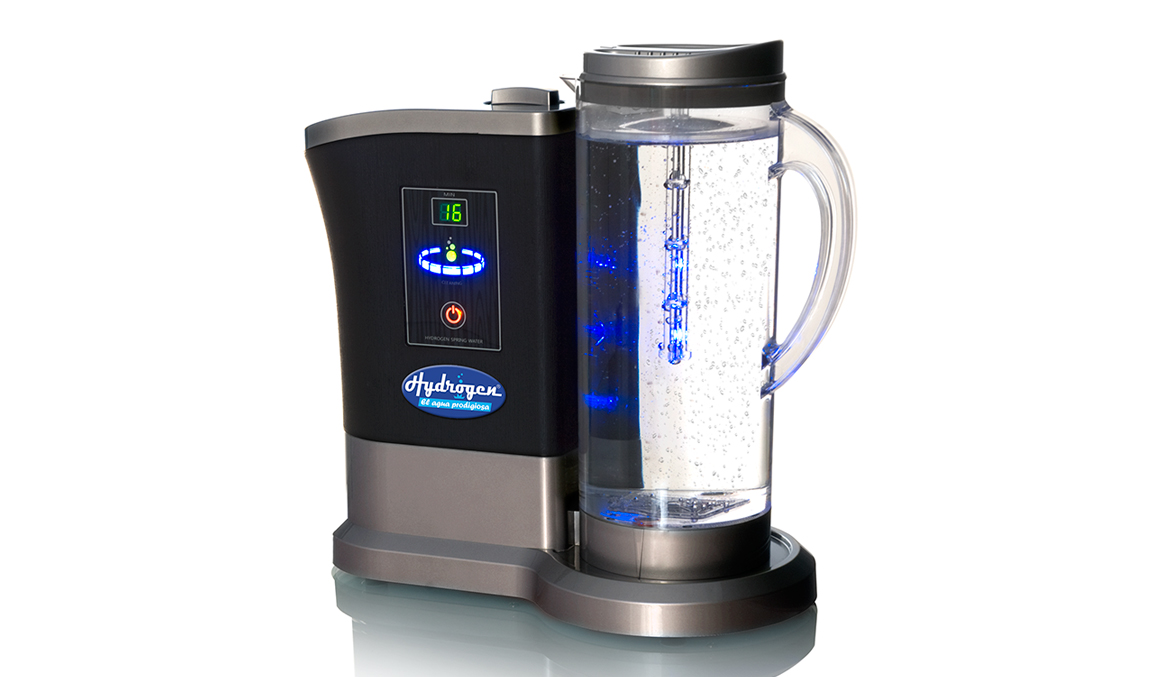 2.- There is a membrane between both electrodes, which only allows hydrogen ions through, as they are much smaller than oxygen ions. Hydrogen ions are hydrogen atoms without electrons, which gives them a positive electrical charge. These are attracted by the negative pole above the membrane, which causes them to cross through into the jug.

3.- Once the hydrogen ions are in the jug, they take the electrons from the negative pole, converting them into “active hydrogen” atoms.

CREATION OF HYDROGEN BUBBLES IN THE BASE Hydrogen is generated in the base of the jug by two titanium and platinum electrodes, separated by a high-technology patented membrane.

back
Characteristics Hydrogen
Where can I buy get Hydrogen?